How many of you have ever used an entire bunch of cilantro before it went bad? Anyone? Anyone? Bueller? (okay, now I'm dating myself). I can just imagine, probably no hands or very few went up. If you're frustrated with the life of your herbs, this post is for you! Today I'm sharing the secret to Keeping Cilantro Fresh!

Guess how old this cilantro is--

Did you guess? Okay, IT IS 10 DAYS OLD! Can you even believe it? It looks pretty fresh right? Like I just picked it up today.

Cilantro is a staple at our house. I probably use it mostly in guacamole, but I've also added it to salads, salsas, thai dishes, or used it as a garnish. I usually end up throwing at least half of it away because it goes bad before I can use it all. Thankfully, it's not that expensive, but still I just hate throwing food away!

Not anymore! Now I've figured out the secret to keeping it fresh for a couple of weeks! There's nothing like reaching for your cilantro to finish off your dish and finding it mush. Ick! How disappointing.

Let me just say too, I've tried other methods. Such as~

But this is the one that has worked the best and for the longest for keeping cilantro fresh. I've had it stored this way for over 2 weeks! Pretty amazing.

~Place a damp paper towel in a storage container (these containers control air supply, so they work extra good, but any will do).

~Put the cilantro in the container.

There you have it friends! Enjoy your cilantro and other fresh herbs for much longer, it'll be kinder to your budget too!! 🙂 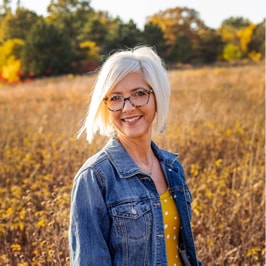